Every single creation of Caterina Bonfiglio embodies her personal vision of art and world, closely related to the concept of flow, impermanence, transformation.
The jewel becomes her artistic language and chooses of being art.
She performed the visual arts and sculpture and her real interest for them, combined with a conceptual and performative vision of the contemporary art increasingly ÔÇ£actedÔÇØ to define crossings, visions, influences, excursions, suggest the guidelines of her particular approach to jewels.
Sicilian by birth, Roman by adoption, Caterina Bonfiglio began independently her formation in the area of contemporary gold sector, exploring the study and the knowledge of goldsmith skills.
She took goldworking classes at the Accademy of Goldsmith Arts in Rome, in addition to lost wax modelling and microsculpture classes held by Prof. Gianluca Merlonghi of the Precious Arts Association of Rome.
She improved goldsmith techniques working in the shops of some goldsmith masters of the Italian capital city.
So, her jewelry take shape hovering between formalistic research and expressive and emotional charge, able to incorporate both suggestions borrowed from the world of arts and design besides the fascinations of intimate imagination, as well as nature and her own life.

Since the mid-nineties is approached at painting and sculpture and ceramics-raku, starting point of his research in the field of aesthetics and mature a personal artistic training attending ateliers of art, learner of Marina Gozzi, Luca Leandri, Nedda Guidi, Antonio Capaccio, Shukran Moral, Lino Tardia and other. 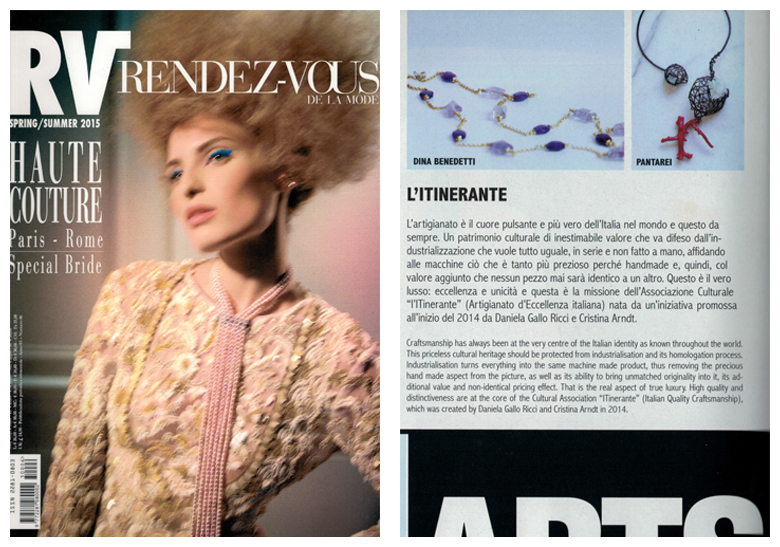